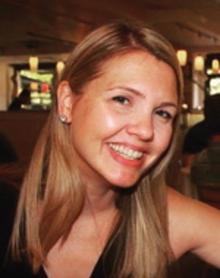 Dr. Sasine is a hematologist and physician-scientist at Cedars-Sinai Medical Center who exclusively sees patients with hematologic malignancies and those in need of cellular therapies. His main therapeutic interest is cellular therapy and he routinely performs allogeneic and autologous hematopoietic cell transplants. He founded the UCLA Chimeric Antigen Receptor (CAR) T-Cell Program in 2017 and led it as the Medical Director for nearly 4 years before being recruited to Cedars-Sinai where he is the Co-Director of the CAR T Program. Programmatically, he has overseen the treatment of more than 200 CAR T patients and participated in many cell therapy clinical trials. He has published peer-reviewed articles on CAR T and cellular therapies. Dr. Sasine has a PhD in molecular and cell biology and leads a NIH-funded research laboratory focusing on the role of the bone marrow microenvironment in regulating hematologic cancers and novel cell therapies.

Lidia Lopez is an Oncology Nurse Practitioner at UCLA in Santa Monica, California. She has specific experience in caring for patients with genitourinary malignancies. Ms. Lopez earned her Master of Science in Nursing from Yale University. She is currently pursuing her Doctorate in Nursing Practice as well as an MBA in a dual degree program through John Hopkins University School of Nursing.
​ 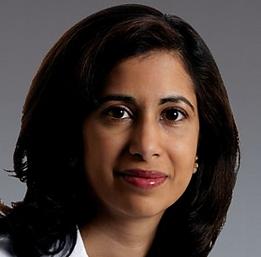 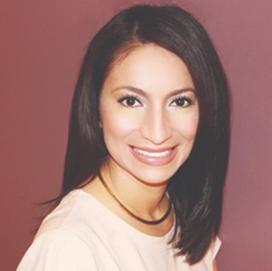 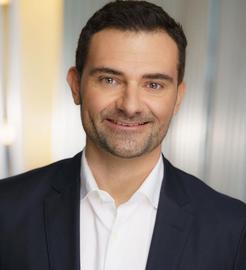 Originally from Dedham, Massachusetts; Chuck has called Los Angeles home for more than seventeen years. He began his career working in production and hyping up hopeful contestants on CBS’ The Price is Right with Bob Barker. His
infectious personality and energy have enabled Chuck to become one of the top network television audience warm-up hosts in the country. He’s opened for such shows as Dancing with the Stars, American Idol, The Masked Singer, and The
Voice. He’s kept sitcom audiences entertained for shows like Netflix’s Fuller House, Disney’s Just Roll with it and several Nickelodeon projects and for more than eight years, Chuck has been the warmup host and spot announcer on NBC’s Americas Got Talent. Along with getting crowds hyped up, Chuck has made countless appearances on daytime television playing a Forrester employee on CBS’ The Bold and The Beautiful, Stanley Bishop on The Young and the Restless, a hospital orderly on NBC’s Days of our Lives and co-stared on Nickelodeon’s The Thundermans. He served as host of a reality cooking show “Battle of the Chefs” on the Chef Life Network and has been an on-air correspondent for Lucasfilm for the two most recent Star Wars Celebrations. Along with a very busy television schedule, Chuck can be found working
with hundreds of nonprofits and organizations across the country as an MC and a benefit charity auctioneer, using energy and skill to bark out bids and raise millions of dollars yearly for organizations like Dunkin Donuts’ Joy Foundation,
Stand Up to Cancer, American Cancer Society, and countless philanthropic causes.

Dr. Allan is an Assistant Professor of Medicine in the Division of Hematology and Medical Oncology at Weill Cornell Medicine in New York, New York. He received a Bachelor of Science in both Biochemistry and Finance at the University of Missouri in Columbia, Missouri, and completed his medical degree at Saint Louis University School of Medicine in St. Louis, Missouri. Seeking an internal medicine residency program with a particular strength in oncology, Dr. Allan moved to New York to train at New York–Presbyterian Hospital, Weill Cornell Medical Campus, where he also completed his hematology and medical oncology fellowship.
Dr. Allan joined the lymphoma faculty in the Division of Hematology and Oncology upon completion of his training, and he is a member of the Chronic Lymphocytic Leukemia (CLL) Research Center at Weill Cornell Medicine. He treats all lymphoid malignancies and has particular interest in improving therapies for patients with CLL and Richter’s Syndrome, which is the focus of his research. 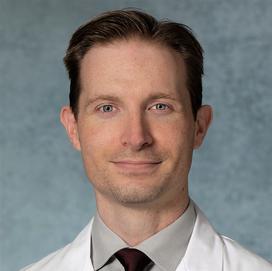 Ruta Rao, MD, received her BA from Northwestern University and her MD from the University of Wisconsin-Madison. She completed her internship at the University of Southern California and her residency in Internal Medicine at the University of Illinois-Chicago. Rao began at Rush in 2002 as a fellow in Hematology and Oncology, and joined the faculty immediately after completion of her fellowship. She served as the Program Director for the Fellowship Program from 2012 - 2018. She is currently the Director of the Coleman Comprehensive Breast Clinic. Dr. Rao is also the Medical Director of the Rush University Cancer Center. In this role, she oversees the clinical and administrative operations of the cancer center and partners with the faculty and administrative team to optimize the patient experience.
Her clinical and research focus is breast cancer. She is the Principal Investigator on multiple clinical trials. In addition, she has published articles and book chapters on various topics in breast cancer. Rao is a member of the American Society of Clinical Oncology, the National Surgical Adjuvant Breast and Bowel Project, and has served on the Chicago Downtown Regional Leadership Board of the American Cancer Society and Metropolitan Chicago Breast Cancer Task Force.

Master of Ceremonies and Host

​Kristen Battiato is a nurse practitioner on the outpatient leukemia service at Memorial Sloan Kettering Cancer Center in New York City. She graduated in 2006 from Hunter College with her BSN and began her career as a floor nurse on the inpatient leukemia unit at Sloan Kettering. In 2017, Kristen received a master’s degree from CUNY College of Staten Island and worked as an adult gerontology nurse practitioner on Sloan Kettering’s inpatient leukemia unit. She transitioned to the outpatient clinic in 2019, where she works with Drs. Anthony Mato and Mark Geyer with a focus on treating patients with CLL. Her most important role is mom to her 4-year-old daughter, Evelyn.
​ 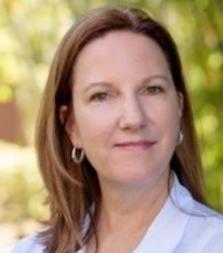 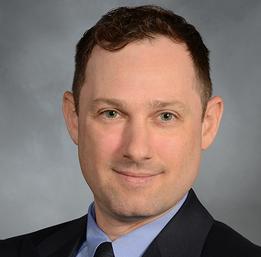 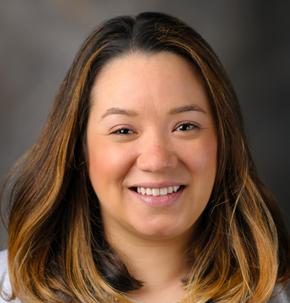 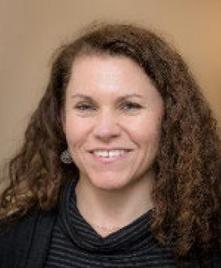 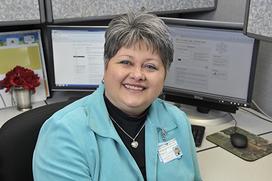 Tara Cumming, MSN, AGACNP-BC is a Nurse Practitioner at Texas Urology Group, San Antonio, TX. She began her career as an outpatient urologic
nurse practitioner in 2017 at Vanderbilt University Medical Center, Nashville, TN, in the Department of Urologic Surgery where she specialized in
urologic oncology. She attended the Catholic University of America in Washington, DC, where she received her Bachelor of Science in Nursing. Tara
then went on to practice as a RN in med/surg, intensive care, urologic surgery, and medical oncology in both inpatient and outpatient settings. She
earned her Master of Science in Nursing with a subspecialty in Adult Acute Care from Thomas Jefferson University in Philadelphia, PA. Tara is a
board-certified, adult-gerontology, acute-care nurse practitioner licensed in Texas. She has worked primarily in urology with both general urologic
conditions and urologic oncology. Tara is a member of Photocure's Cysview Nurse Support Team.

Click on each link below for a printable file.

Kathleen Burns, MSN, ANP, OCN ® , is a Nurse Practitioner in the Division of
Genitourinary Medical Oncology at City of Hope in Duarte, California. She specializes in the treatment of patients with genitourinary malignancies, including prostate cancer and kidney cancer. In addition, Ms. Burns serves as Clinical Director for the Cancer Nurse Practitioner Fellowship at City of Hope and as Adjunct Faculty in the Graduate Nursing Program at Azusa Pacific University. She has been an invited speaker at several national conferences. 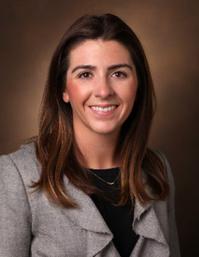 Teresa Knoop is an Assistant Director of the Clinical Trials Shared Resource at the Vanderbilt-Ingram Cancer Center in Nashville, TN. She graduated from Murray State University in Murray,KY with a BSN and earned her Master’s Degree in Nursing from the Vanderbilt University School of Nursing. Teresa is an Advanced Oncology Certified Nurse through the Oncology Nursing Society and is a Certified Clinical Research Professional through the Society of Clinical Research Associates. She has published articles in nursing journals and speaks frequently on the topics of molecularly targeted cancer therapies and cancer clinical trials.

Blanca Ledezma is a Nurse Practitioner who works at UCLA Hematology-Oncology focusing on cardiothoracic malignancies. She completed her Bachelor of Science in Nursing at Mount St. Mary’s University in Los Angeles and completed her Master of Science degree at University of California, Los
Angeles. She has been a Nurse Practitioner and involved in clinical research for over 17 years and was involved with early clinical trials for immunotherapy. She has been a strong advocate for educating her peers by publishing manuscripts and speaking on the unique symptom recognition, early intervention, and management of immunotherapies.

Nazy Zomorodian, RNC, MSN, CUNP, CCRC, is a nurse practitioner in the Department of Urology at the University of California Los Angeles (UCLA) Medical Center, where she is also the Director of Genitourinary (GU) Clinical Trials. In addition, she is an Assistant Professor of Urology at the David Geffen School of Medicine at UCLA and is certified by the Association of Clinical Research Professionals as a Clinical Research Coordinator. Ms. Zomorodian specializes in the treatment of patients with genitourinary malignancies, including kidney, prostate, and bladder cancer, and her research focuses on developing novel therapeutics and improving outcomes for patients with these diseases.

Jennifer McKenna has been an oncology nurse practitioner for over 20 years and has specialized in breast cancer medical oncology care for the past 14 years. She trained at Yale School of Nursing as an acute care nurse practitioner and an oncology clinical nurse specialist. Since completing her training in 1999, Jennifer has been working in the Boston medical community, currently working as an NP in the Breast Oncology Center at Dana Farber Cancer Institute. 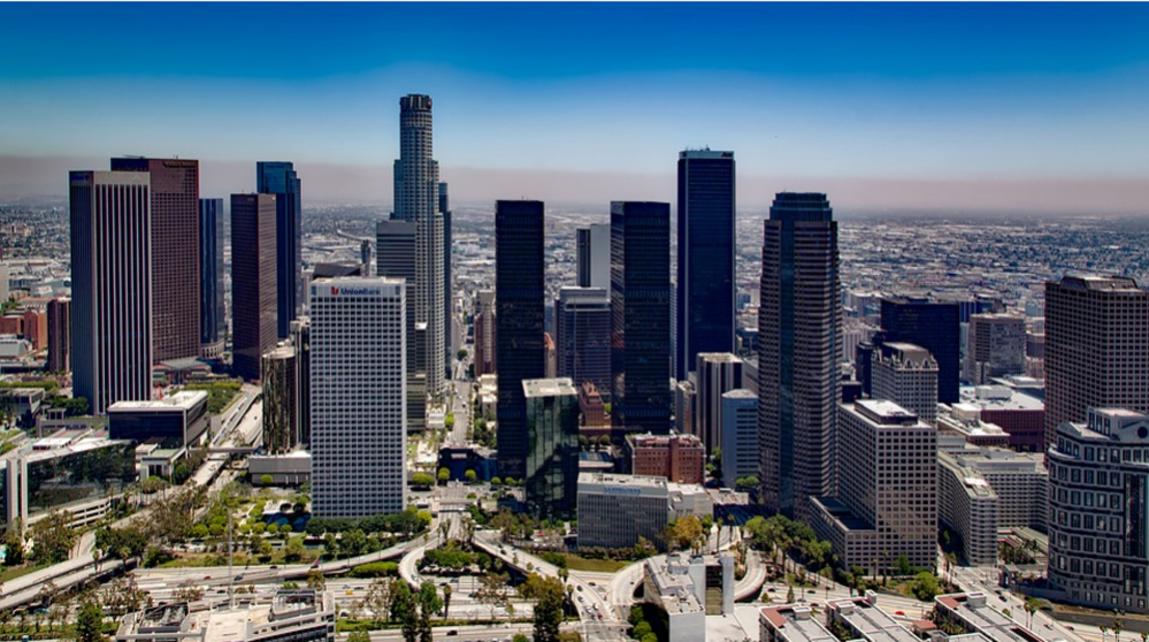